Deputy Leader of Law and Justice | Member of the SEJM | Minister of National Defense, 2015-2018 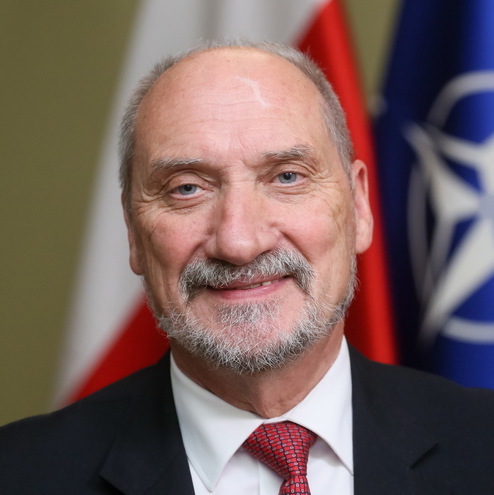 Minister Antoni Macierewicz is the legendary leader of the anti-communist resistance in the Polish People's Republic. He founded the Workers Defense Committee (KOR), the forerunner of Solidarity, later directing Solidarity’s Center for Social Research. He also established Głos, one of the first independent publications of the communist era. A former political prisoner, he was arrested over 20 times. Since the fall of communism, Minister Macierewicz has served at the highest levels of government. He is Deputy Leader of the largest party in the parliament, Law and Justice. Minister Macierewicz has been the Minister of National Defense (2015-2018) and the Minister of Internal Affairs (1991-1992) as well as the Head of the Military Counterintelligence Service, Secretary of State in the Ministry of National Defense, and Chairman of the Verification Commission. On October 25, 2015, Minister Macierewicz was reelected for a sixth term as a Member of the Sejm, the main chamber of the Parliament of Poland. He presently heads the special governmental inquiry into the 2010 Polish Air Force Tu-154 crash.

We use cookies and similar technologies to recognize your repeat visits and preferences, as well as to measure the effectiveness of campaigns and analyze traffic. By clicking "OK" on this banner, or using our site, you consent to the use of cookies unless you have disabled them.